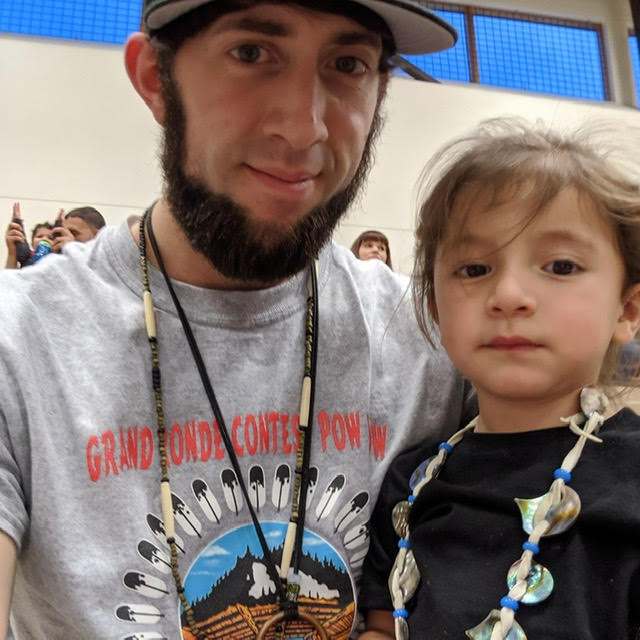 Nick Labonte creates custom regalia artwork using traditional methods of beadwork, carving, and sewing.  In 2008 Nick moved to the Grand Ronde area where he became involved with Canoe Family and started attending cultural events.  Eventually accepting a position at the Chachalu Museum he built his historical knowledge and discovered his passion for artwork and its connection to his culture.

Nick creates regalia pieces as well as other art forms for his son, so that he can have an awareness of the culture that Nick didn’t have until later in life.  He credits the inspiration for his pieces to his Chinook ancestors and draws inspiration from all areas of his culture.

“I create for my boy.  So that he can live the culture like I was not able to.”-Nick Labonte

COPYRIGHT 2020 | MADE WITH ❤ BY DIGITAL VENTURE